A Pound of Butter

I was driving along the freeway a couple of weeks back, and I noticed a store that had only been there for a short time. Draped across the top of the building was a huge banner that read: “GOING OUT OF BUSINESS!” At first I thought, “You’ve got to be kidding! This place has only been here for 15 months or so!” 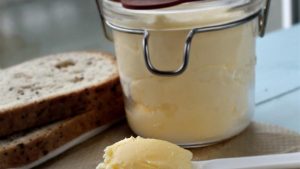 But then I remembered an experience that I had at the same store maybe 8 months earlier. This was a big box furniture store, and several months ago I was in the market for a new mattress so I stopped in one Saturday afternoon. The place was extremely busy, and from what I could tell there were only 3 salespeople, all of whom were just slammed. People were getting frustrated because they couldn’t get help, and I noticed more than one person who finally gave up waiting and retreated back to the parking lot. I ended up doing the same after waiting for roughly 20 minutes without a single person attempting to assist me. After all, I thought, “there are more than enough mattress stores to choose from.”

What happened here? A couple of things, actually. The prices were extremely competitive, but they had developed a reputation for selling people something that looked very much like the display model, but which was of a much lesser quality. Then you had the problem which I experienced when I went in that day several months earlier. Bottom line, you had a business whose ownership wasn’t committed to providing excellent customer service, and which had a credibility problem. Either issue was enough to cripple them but combined, they didn’t stand a chance next to the competition. It also reminded me of a story I heard when I was a kid…

Many years ago there were two farmers. As was common in rural communities at the time, people would trade goods and services to one another. One of the two farmers raised wheat, and he baked fresh bread with the wheat which he grew, and the other farmer-owned several cows, and sold the milk, butter and cheese which his cows provided to him. The two farmers had been trading goods to one another for many years. The wheat farmer would trade a pound loaf of bread for a pound of fresh butter each week. One day it occurred to the farmer who baked the fresh bread that he had been getting shorted by the other farmer. He decided to go home and weigh the butter which he had received, and when he did, sure enough, it was 2 ounces short of a full pound! 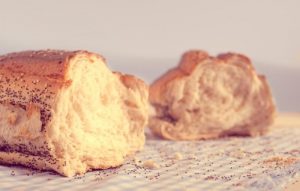 Remember that in life, we tend to get what we give. This rings true whether in our personal lives with our family and our friends or in the business world when there seems to be a direct correlation between the two. As a business owner, if we commit to great customer service, competitive pricing, well-maintained and reliable equipment, effective marketing, and a clean place of business, then we will most certainly reap the rewards in the form of a reliable group of customers, and profits to take home.

But isn’t there a more simplistic message in this story? I think there are numerous, related things to take away from this story. What about honesty? Or what about the Golden Rule (Do Unto Others As We Would Have Them Do Unto Us)? What do you think?

We look forward to sharing stories, answering your questions, and finding ways to inspire you.