The Most Important Profession

We live in a world where everyone is constantly striving to get ahead. Never has there been a time where the cost of education was higher than what it is today. One doesn’t have to look for very long on the internet to find a plethora of opportunities for continuing education, online diplomas, and other ways to obtain a little bit of extra knowledge on some topic, or a way to add a few letters to the end of your name, in hope that you will somehow distinguish yourself, and make yourself more marketable in today’s hyper-competitive job market.

It’s easy to begin feeling like we are falling behind, or that somehow we missed out when it came to deciding what career we wanted when we were just starting out in the world on our own. Don’t get me wrong, I firmly believe in education, and I applaud anyone who works hard to try to get ahead, but I also know that too many of us spend too much time looking across the aisle, wondering if somehow we would be happier if we were engaged in some other role in our professional lives. 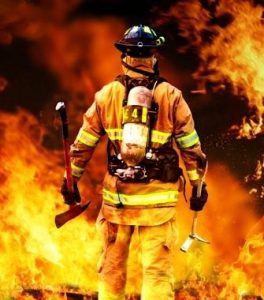 I heard an interesting comment one day which got me to thinking. About a year or so ago, I was watching the news and there was a report on the devastating wildfires which were sweeping across northern California at the time. There was an on-site reporter which had arrived to interview one of the crew chiefs which had been battling the fire. The reporter had praised the hard work of the first responders, and he then asked a reasonable question. He said, “When fighting a wildfire such as this one, which makes more of an impact when trying to get it under control, attacking it from the air, or from the ground?”

Those words stuck in my head, “Just run your own race…” and I began to think about what that really means. It wasn’t too much longer after that when I heard another story which really brought it all together in my mind. Ironically, this story was being used in a business management class, and it was also about a group of firemen. In the story, a group of firemen have to take a truck downtown to fight a fire in a 5 story building. At the end of the story, the class was posed with a series of questions about who was most important when it came to successfully fighting the fire. Each question asked the class to assign a value to various people, in order of importance, with a 1 being “Not Very Important,” and a 5 being “Very Important.” The list had everyone imaginable on it, all the way from the crew chief, to the mechanic who worked on the fire truck, and even the parents of the firefighters themselves.

Those words stuck in my head,

“Just run your own race…”

As you can imagine, there were all kinds of answers from the class, and no two people agreed on who was the most important person in the grand scheme of fighting the fire. The instructor of the class then told the class that the point of the exercise was to demonstrate how every single person was equally important. He said, “Without a crew chief there is chaos, since there is no leadership. However, without a mechanic to maintain and take care of the truck, the fire fighters cannot reliably get to the fire in the first place. More importantly, without parents to raise the firefighters, we would have no firefighters.”

That’s when it hit me, “Just run your own race!” You see, every single one of us has a job to do. We might not believe that it’s very important, but without us, somebody else cannot effectively do their job. If we focus on being the best at what we do, it won’t take long for that hard work to shine, and we will be rewarded. Sometimes we may not believe that anybody is watching, or that nobody cares, but in truth, God is watching and you will be rewarded for your diligence and hard work! Remember: Just Run Your Own Race!