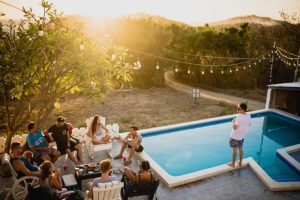 Many years ago, back in the days before cell phones, there were four college kids who stayed out late, partying and having a good time. There was a mid-term scheduled for the following morning, but they were unconcerned, as they had a story which they thought might persuade the professor to let them off the hook. The following morning, after the time for the exam had come and gone, they each went to the professor’s office covered with grease and dirt and told their sad tale to the professor. They explained that they had all gone to a wedding of a close friend the night before, and after the wedding as they made their way back home, the car which they were driving suddenly had a flat tire out in the middle of nowhere. They popped the trunk to retrieve the spare tire, but unfortunately the spare tire was missing. As it was very late and there were no passing motorists willing to give four guys a hand, they were forced to push the car for several miles to a service station, and then walk several more miles back to the campus. According to the guys, they had just returned to the campus a short time before they came to see the professor, and it had been too late to arrive on time for the exam. They pleaded with the professor to let them take the exam at a later date. 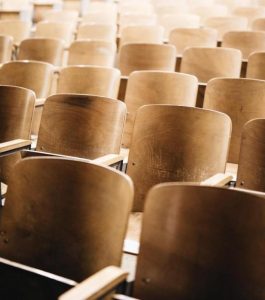 The professor listened to their tale of woe, and after a minute of silence, he offered to let them take a different test 3 days later. They thanked him and accepted his offer, knowing they would now have plenty of extra time to study for the exam.

When the test day arrived, they went to the professor. The professor put them all in separate rooms for the test. They were fine with this since they had all studied hard, and were confident that they would pass the test without any problem. Then they saw the test. It had 2 questions.

This story has always made me smile because I can almost see this happening. At first blush, the easy lesson seems to be one of honesty. However, I like to think of the story as being more about responsibility, and making wise decisions. You see, in life it’s all too easy to take short cuts, or procrastinate – you know, putting off until tomorrow the things which you really don’t want to mess with today. However, this never works out well, as you cannot predict future obstacles that may prevent you from achieving the things which you could have done previously. However, learning how to manage time wisely really is a by-product of wisdom. And wisdom is a by-product of living and learning. With that, I will leave you with a wise quote for the day: