I have a close friend who I have known since we were in grade school together. I love the guy like a brother, but I have to say, he is one of the most negative people that I have ever met. Seriously, if it’s summertime, he will complain about the heat. If it’s springtime, he will complain about the rain, or lack thereof. When fall arrives, he complains about all of the leaves that he has to rake off of his lawn, and in the winter, well you guessed it – he complains about the cold. It’s not that the guy is a bad guy. Far from it. He is one of the most kind-hearted people that I know. The problem is that he has programmed his mind to only focus on the things which he sees as being negative.

He wasn’t always this way, however. About 15 years ago, when his kids were still quite young, his business ran into a rough patch and ended up failing. It was a traumatic event, which left him devastated. Rather, than taking some time to lick his wounds and figure out Plan B, he let it define him. He began to see the failure not as an incident to put behind him, but as something that told him that he wasn’t meant to succeed. He is convinced that he isn’t meant to rise about that past failure, and has settled into a mundane routine where he survives, rather than thrives.

Just like most people, I have had my share of failures and disappointments. However, I believe that each disappointment or failure is a learning experience for my next adventure.

With each day there come numerous challenges. Don’t kill yourself worrying about trying to avoid failure! In fact, failure can be one of the greatest gifts you will ever receive in this life. That’s right, failure can be a gift. 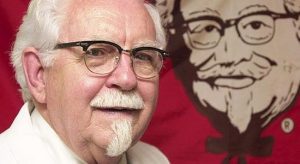 Consider the story of Colonel Sanders. Colonel Harland Sanders was a 6th grade dropout. When he was 65-years-old, a new interstate highway diverted traffic away from his restaurant, leaving Sanders with only his secret fried chicken recipe and a Social Security check. So he began selling his recipe and a franchise idea. According to numerous reports, he was rejected over 1,000 times. He eventually found a partner with whom he built the KFC franchise powerhouse which now has more than 15,000 restaurants. 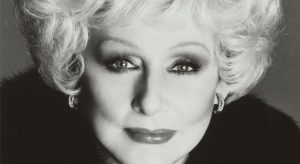 Or consider the story of Mary Kay Ash. She sold books door to door while her husband served in the military. When her husband returned from active duty, they divorced. Ash was left with three children at a time when divorce wasn’t considered socially acceptable, but she didn’t let it define her. She eventually landed a good job with Stanley Home Products, however she was left frustrated when she was passed over for a promotion for a less qualified man. So, she and her

second husband planned a business which they called Mary Kay Cosmetics. One month prior to launch her husband died. Determined not to fail, she launched her business with a $5,000 investment from her oldest son. Forbes reported 2014 revenue for Mary Kay Cosmetics being in excess of $3.5 billion.

but Misery is Optional!