Somebody Stole My Shoes! 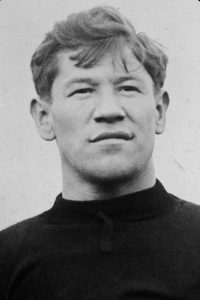 Jim had trained hard for the competition, and in his mind he was more ready at this moment than he ever would be to make his statement – not just to the world, but to the family of his true love, Iva Miller. You see, Jim was in love, but Iva’s family disapproved of Jim because they thought he was lazy, and couldn’t support their daughter.

Jim wasn’t lazy – far from it. He had trained hard to get ready for the competition, and was in the best shape of his life. He stood just 5 foot 8 inches, but was a ripped 185 pounds, with a 42-inch chest, 32-inch waist, and 24-inch thighs. It was a physique that had been earned through intense training, and not one that had been magically gifted to him by God. Now he was ready to prove to Ida’s family that he was the best in the world, and nothing was more important – not trophies, not fame, and certainly not the opinions of people who were jealous, or who thought that he somehow just didn’t measure up to society’s version of the ideal young man.

Growing up in Oklahoma, Jim knew the value of hard work. By the time he was just 6-years-old, his father had already taught him how to shoot, ride, trap, and break horses. By the time he was a teenager, he was an expert wrangler and breaker of wild horses, and was earning more money than anyone else his age. Jim loved horses, and had studied their economy of motion and had tried to emulate it in his training. This set him apart from his peers, and was now paying big dividends. Sportswriters had begun to comment on his looseness of movement. “He moved like a breeze,” sportswriter Grantland Rice observed.

So far things had been going great. The first day of the three-day decathlon competition, Jim destroyed the competition. The next day, however, things got off to a rocky start. There was a lot of jealousy from other competitors, and as a way to potentially ruin Jim’s chances of competing at the same high level which he had competed during the prior day, someone had stolen Jim’s shoes.

“Somebody stole my shoes!” Jim exclaimed, as he frantically looked through his things as the deadline rapidly approached for Jim to compete. Since the event was being held in a foreign country, running to a local store to buy a new pair simply wasn’t an option, so Jim frantically began to look for replacements anyplace he could. He eventually found a pair of shoes which had been discarded by another athlete due to the fact that the sole of one of the shoes had separated from the rest of the shoe. He discarded the damaged shoe, which left him with one good shoe for his right foot, but it was 1.5 sizes too big. That left him needing one more shoe for the other foot. He said a quick prayer, which God seemingly answered when he lifted the lid to a garbage bin and found a single shoe which had been thrown away. When he realized that it just happened to be a left shoe, the one which he needed, he was certain that his prayer had been answered!

Jim placed the mismatched shoes on his feet, but the right shoe which was too large kept coming off his heel. Jim quickly improvised by putting an additional, thick wool sock on his right foot, which stopped the shoe from slipping off every time he stepped forward. Now he was ready! 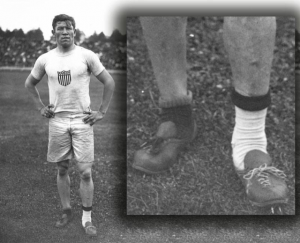 Wearing a mismatched pair of shoes, with one being the wrong size, Jim went on to win two gold medals that day. The year was 1912, and Jim Thorpe was competing in the Summer Olympics in Stockholm Sweden. He placed in the top four of all ten events over the three-day competition period for the decathlon, accumulating an Olympic record of 8,413 points – a record which would stand for nearly two decades. Overall, Jim won eight of the 15 individual events comprising the pentathlon and decathlon.

Several sources recount that, when awarding Thorpe his prize, King Gustav V of Sweden said, “You, sir, are the greatest athlete in the world”, to which Thorpe simply replied, “Thanks, King”.

Echoing King Gustav’s comments, Thorpe is considered by many to be the greatest athlete who ever lived. Moreover, Thorpe is an example of a person who never let long odds stop him from achieving greatness. It didn’t matter what was thrown at him, he always found a way to win.

Maybe it’s time to quit making excuses and work with what God has given us thus far. I firmly believe that once we demonstrate that we will use what we have in a responsible, diligent manner, we will be entrusted with more! Now let’s all go win our own race with what we have – nothing is there to stop us but the limits we set with our own minds!